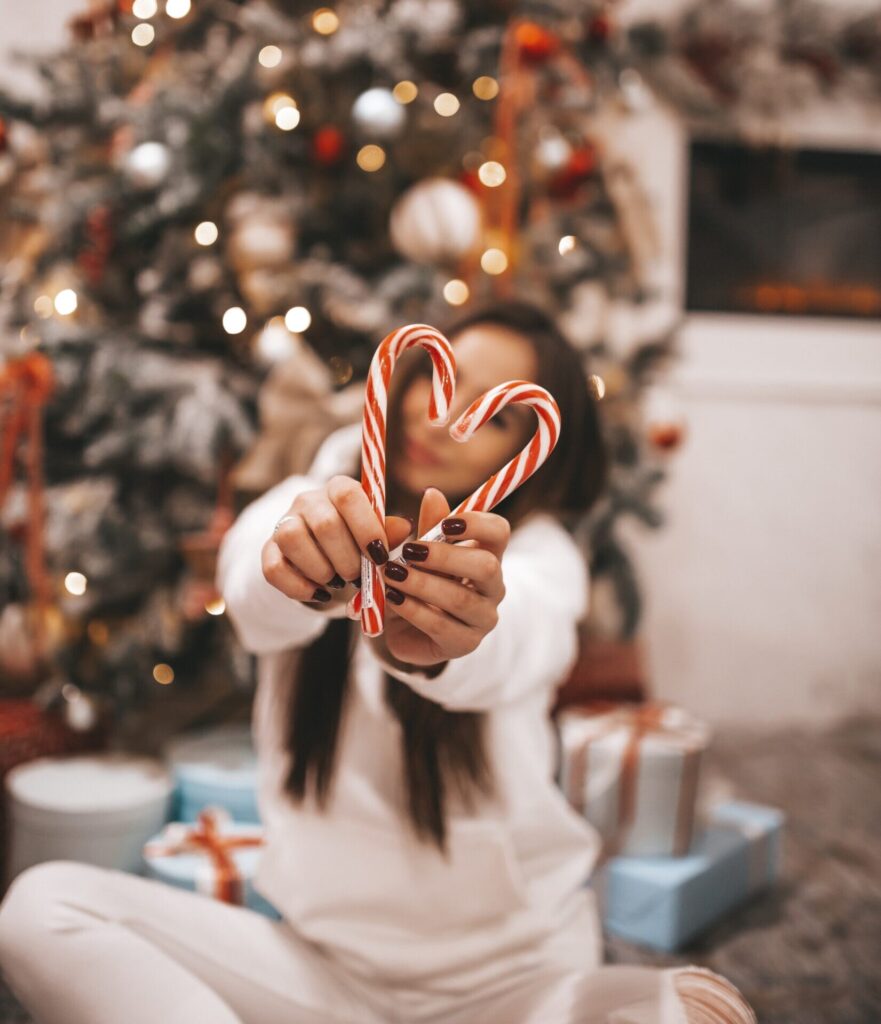 After a year of relative hiatus, brands are coming out to play again this Christmas with big-budget campaigns. Compared to last year when we were in the deep of the Covid pandemic, the way in which they portrayed the holiday season is very different this year. As we gradually resume everyday life in the lead up to Christmas, and despite the perpetual loosening and tightening of restrictions, some brands have chosen to make more (or less) reference to the pandemic than others this year. Some of them chose to go down a much cheerier route, highlighting the joy and magic of Christmas, whilst others opted for much more poignant and meaningful takeaway. The key question is: how well have the creatives gone down with consumers? We picked TV assets from prominent retail brands and asked which have stolen the show this year.

Using Dectech’s AdTest, we quantitatively assessed the appeal of ten Christmas TV adverts with 1,119 consumers. Each ad was scored on our comprehensive metric framework which includes Attention (how captivating it is), Arousal (strength of emotion elicited), and Informative (message payload). We also included an aggregate Overall Score across these metrics to indicate overall performance. Finally, there were other questions to probe nuances in viewer’s perceptions, such as one on whether they felt the ad had been irresponsible under the circumstances at the time.

In addition to establishing a ranking order amongst the 10 ads, we also looked at how some general traits in these ads had impacted their appeal. For example, we objectively hand-coded the ads into categories based on whether they adopted a celebratory tone, were animated, or purpose-driven in nature. To understand the degree to which the ads referred to the pandemic, we asked viewers to rate how much each ad reminded them of the pandemic.

On the whole, this year’s selection has done extremely well, with six out of the ten ads racking up an Overall Score greater than 60 (Figure 1). This is especially impressive when compared to last year’s round, in which only two of nine (Lidl and Tesco) achieved this accolade. Another interesting observation this year is that the degree to which the ad referred to the pandemic did not have any significant association to the ad’s appeal (Figure 2). A turnaround from last year’s finding in which we saw the greater reference to the pandemic, the better reception by viewers. At the time, we interpreted this as the importance for brands to acknowledge the prevailing climate. However, as we are gradually returning to the ‘new’ normal, it makes sense that the need for this is diminishing.

Figure 1: Who were the 2021 Christmas advert winners and losers? 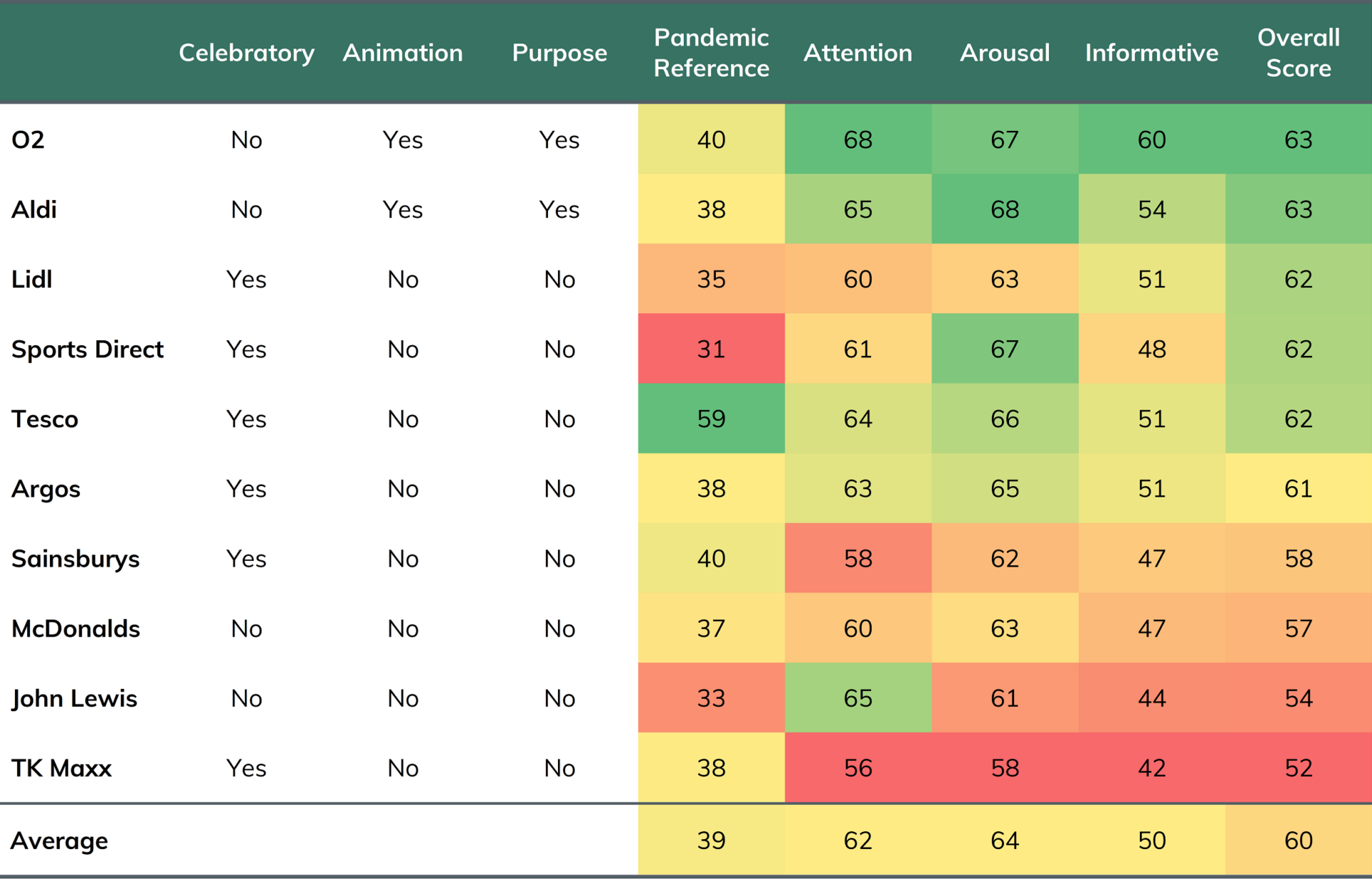 Looking at the individual brands, supermarkets have enjoyed a successful year, and for the second year in a row Lidl has turned in a strong performance. It is worth noting that these ads mostly adopted a more celebratory tone, as we saw with comedy/humour in last year’s analysis, these strong positive emotions continued to be associated with a significantly better performance (Figure 2).

Overall, O2 and Aldi took the crown this year with exceptional scores across the board (Figure 1). Coincidentally, they were also the only ads that used animation and contained a purpose-driven theme (O2 on digital divide; Aldi on food poverty). Whilst we cannot definitively say that their good performance was solely due to these traits, it does suggest that a well-tuned creative with a reflective mood (as opposed to an all-singing, all-dancing one) could also appeal to the viewers this year (Figure 2). Something McDonald should take note of as they did not get it entirely right, their tear-jerking effort only managed a very average performance in our testing. 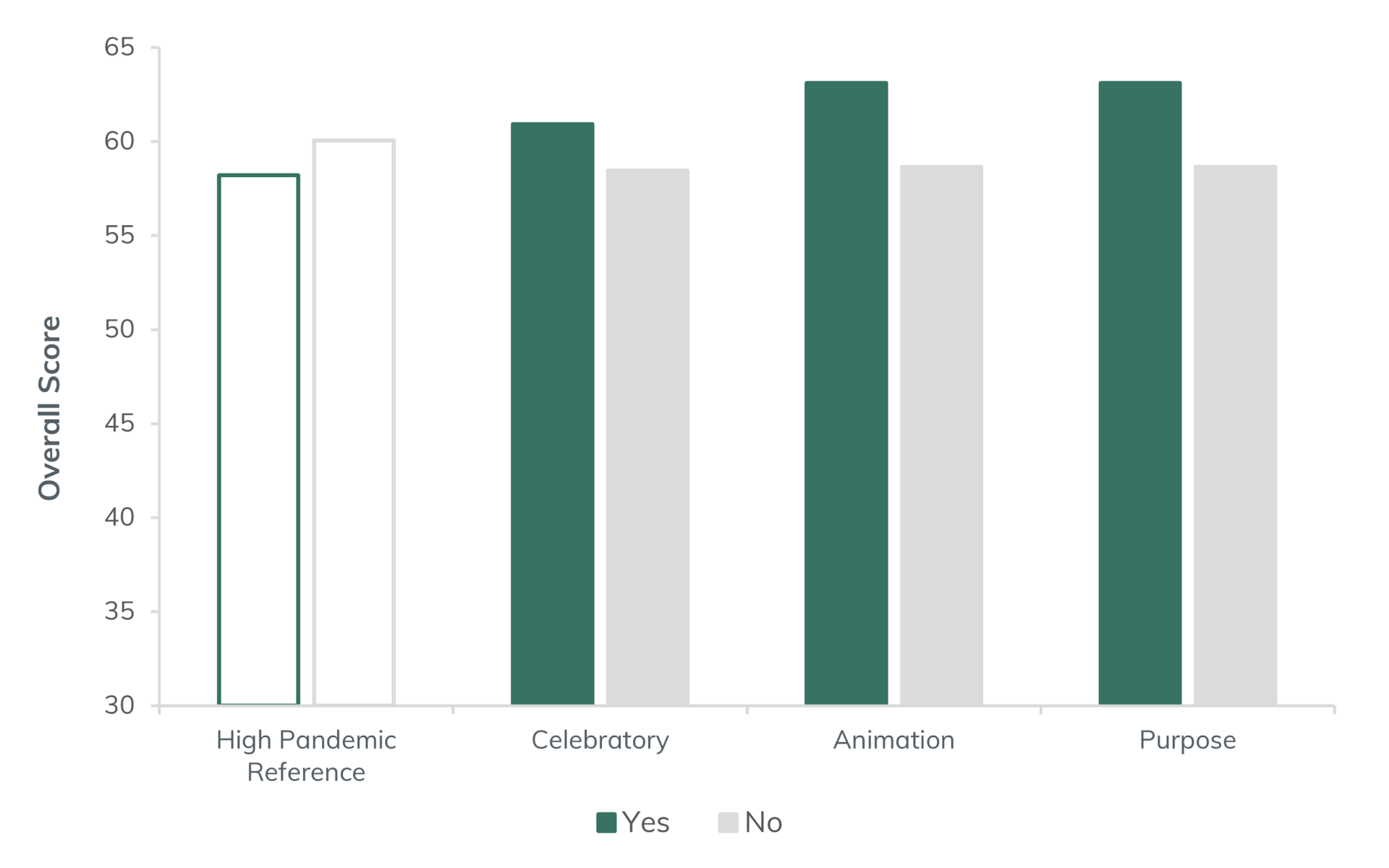 A few other interesting nuggets we also picked up:

Finally, against this exceptional field, traditional Christmas heavy-weight John Lewis had a mediocre year against their usual high standards, and just about matched their equally average effort from 2020 (Figure 3). This year’s Unexpected Guest was unable to steal the nation’s heart in the way that Buster the Boxer (2016), Monty the Penguin (2014) and Edgar the Dragon (2019) had done so effortlessly in the past. Anyone else spots the animal-loving theme here? 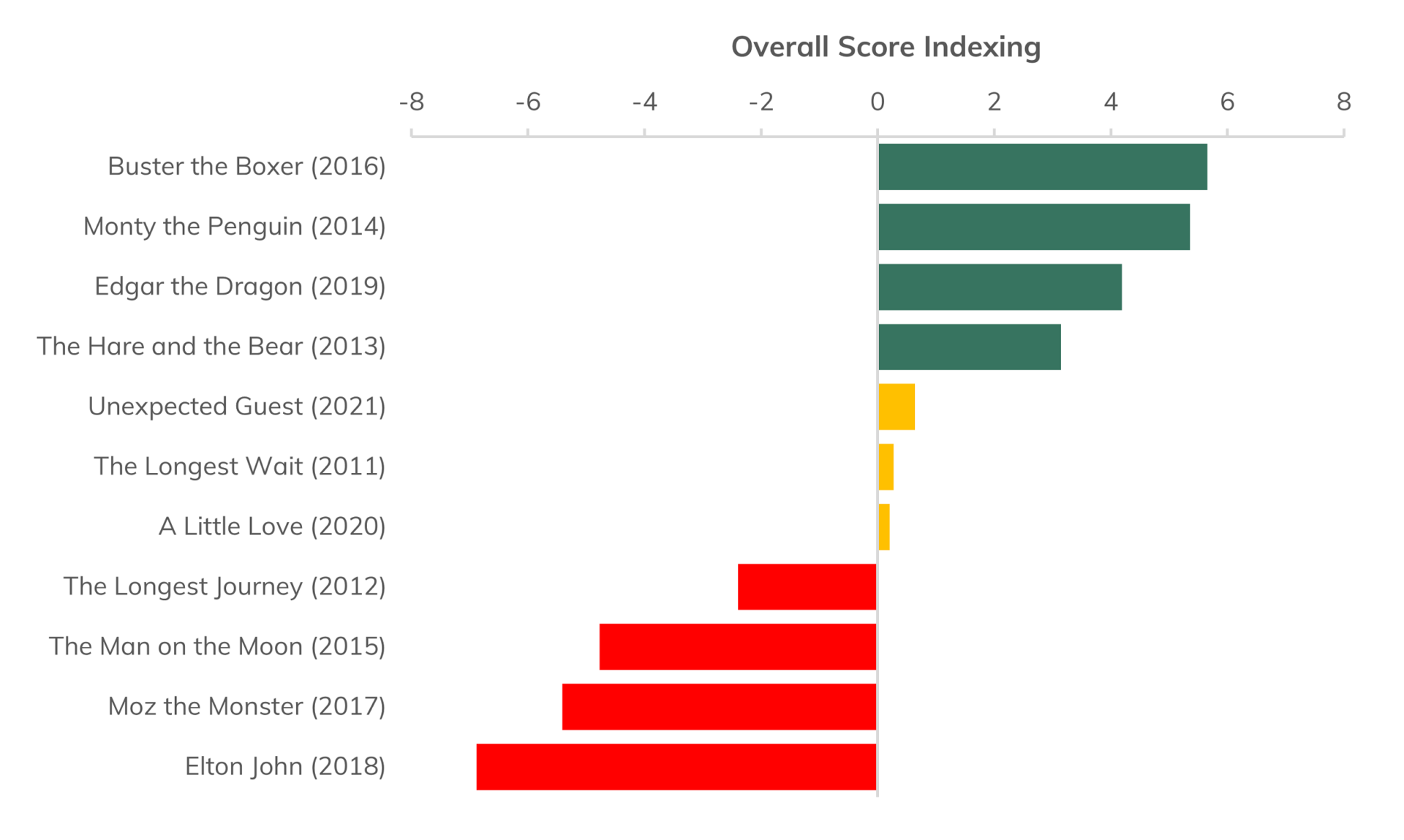 Could it be that the brands had all invested and excelled in their execution of this year’s Christmas campaigns? Or, after almost two years of pandemic related restrictions, consumers are settling for any form of escapism? Whichever way you look at it, we think this is another sign that consumers are longing for some festive relief. Let us hope the ongoing pandemic situation will be kind on us and will not spoil the party this year.

Detailed results of individual ads are available on request. Happy holidays and a prosperous New Year to everyone from Dectech!