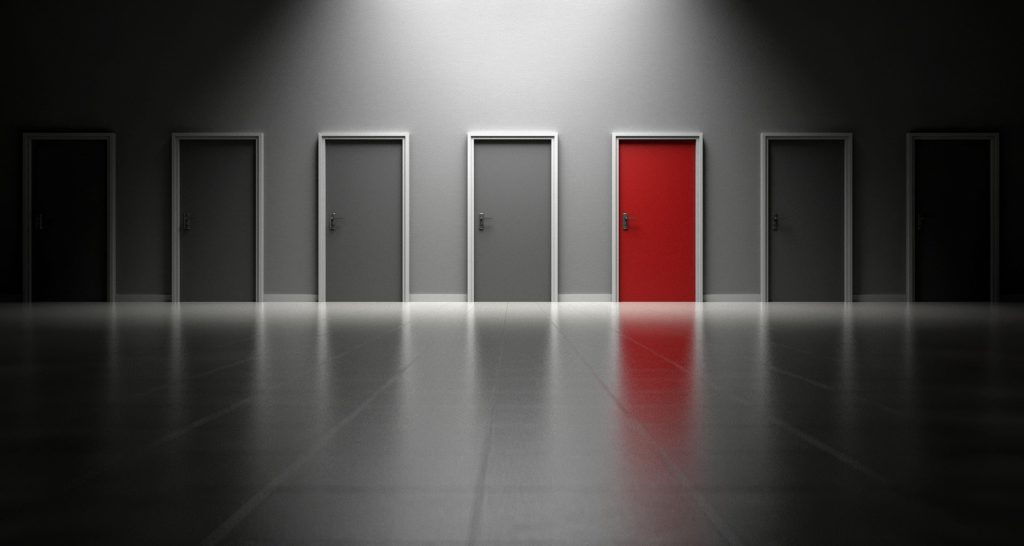 In our previous Buzz we talked about how opportunistic fraud, otherwise honest consumers giving in to the temptation to provide inaccurate details during application and claim processes in the hope of getting a cheaper premium or higher claim value, is a big problem for the retail insurance industry. It has been estimated to cost the industry up to £850m every single year.

By its very nature, such fraud is hard to detect and as such preventing it before it happens may be the only solution1. The operational communication processes (e.g. customer touchpoints during application, renewal, and claims) presents a potentially fruitful hunting ground for interventions that may ‘nudge’ consumers to behave more honestly. Indeed our proof-of-concept research for the Insurance Fraud Bureau (IFB) has shown that these behavioural nudges (specially crafted pop-up messages) could on average sway 36% of would-be liars to give honest responses2. This is hugely exciting as it represents a saving for the industry of up to £395m every year.

But what about the other 64% of these less-than-honest consumers? They clearly hold very different attitudes towards the industry that preclude these interventions from working. An entirely different approach, which aims at winning hearts and minds, may be needed.

First, it is worth pondering the beliefs these consumers may hold about the insurance industry. The industry suffers from a bad rep, fairly or unfairly, burdened with many long-running myths and misconceptions. There is deep mistrust from some consumers who possess an ‘us against them’ mentality, they believe insurers ‘are out to get customers’ and ‘try to avoid paying out claims’. Furthermore, when it comes to opportunistic fraud, there is a widely accepted view that it is a ‘victimless crime’ that ‘everyone does’ given the opportunity.

Of course, these are not entirely true. It is well documented that fraud eventually leads to higher premiums for all consumers3. So, how does the industry fix these misconceptions? In the long run, a fundamental change to the business model and a customer journey revamp may be warranted; in the short term, an above-the-line (ATL) campaign may facilitate some value realignment. For the latter, a campaign lives and dies with its underlying message – getting it right is paramount and that is where we came in.

Using our Behaviourlab platform, we conducted another online randomised controlled trial in the research for the IFB, in which different cells of consumers were presented with mocked-up print adverts that differed in their headline messages. Figure 1 shows two example visuals with different messages. 16 such messages, inspired by various behavioural science principles and those that target industry myths, were tested. Consumers were asked to rate an inventory of perception metrics, many of which come from our ad test framework, designed to give a complete and empirical account of how an advert is perceived by viewers. 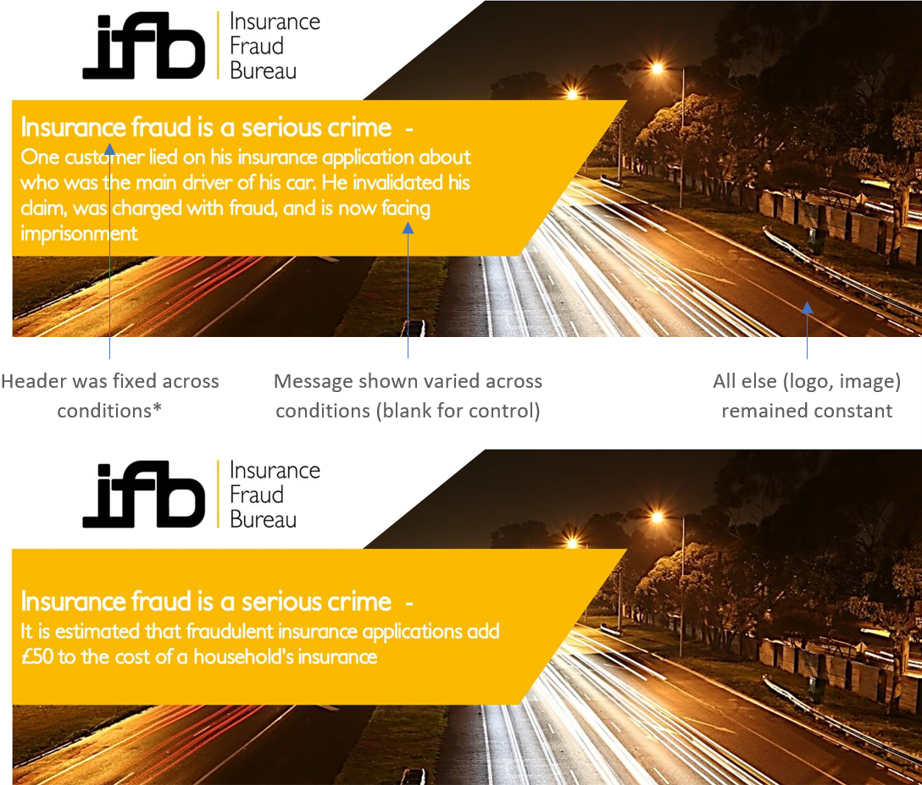 This Campaign Message Testing revealed that, compared to a control, all of the messages were perceived to be significantly more Informative, and reciprocation messages were more Relevant (see Figure 2). Based on the overall metric score, 13 of the 16 tested messages outperformed the control, with the top two significantly so. They are ones highlighting what happens if you get caught (norming principle) and detailing how fraud causes premiums to rise for customers (reciprocation principle). 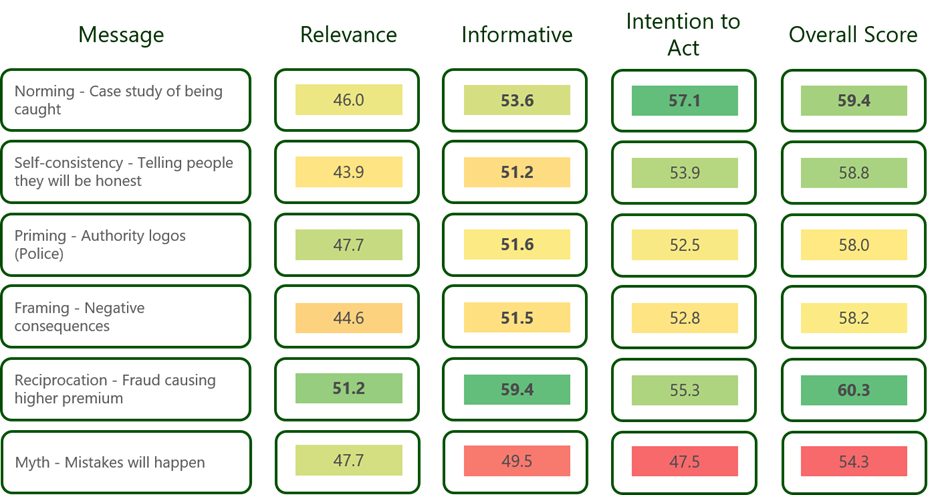 Comparing the results between the Campaign Message Testing and the previous Operational Communication Experiment shows little relationship between messages that worked well in each arena. This is not surprising given they work in very different ways: ATL messages are used to drive permanent change in attitudes with repeated exposure; in contrast, operational communication interventions are used to nudge behaviour at a specific moment in time, with little or no impact on long-term attitudes.