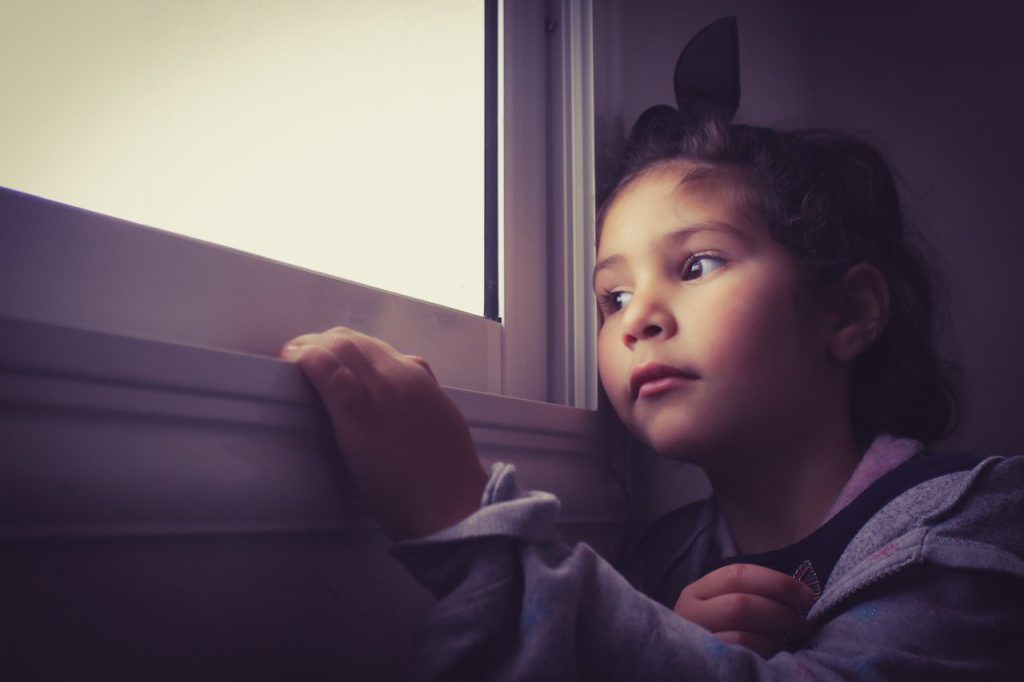 “Fear of the virus itself causes considerable anxiety, but by far the biggest contributors are the prospect of lockdown extensions”

The global coronavirus pandemic is unlike anything experienced in most people’s lifetimes. As such, we wanted to understand how frightened people are feeling as a result of the pandemic and which potential consequences evoke the most anxiety. Is it catching the virus, an economic recession, lockdown extensions or something else? 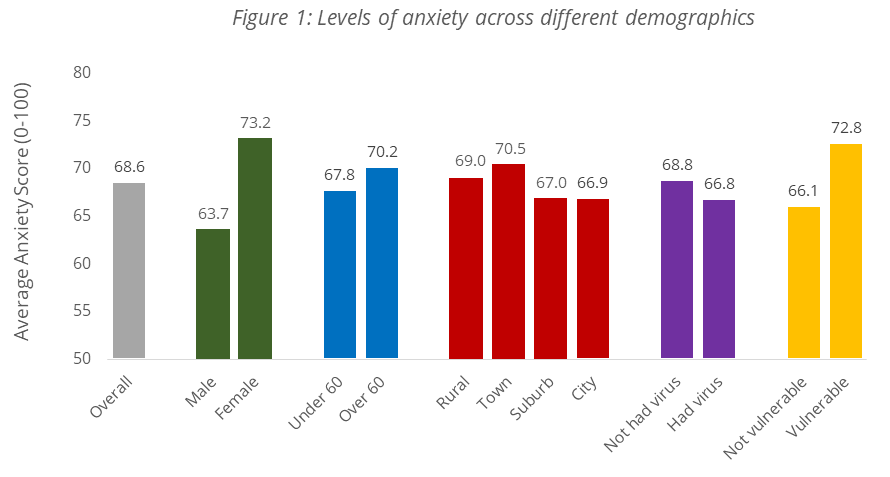 We found high levels of public fear related to the pandemic amongst a nationally representative sample, with an average score of 68.6 on a 100-point scale (see Figure 1). Females and vulnerable or at risk people experience significantly higher levels of fear. Interestingly, those who live in densely populated areas where the virus can spread more easily, are less frightened than lower density areas. Despite significant differences in risk, there is little variance between older and younger age groups.

People tend to have very little insight into what drives their thoughts and actions, which is why we use behavioural methods that avoid unreliable introspection. Instead of asking people to tell us why they feel anxious about the pandemic, we asked how likely they thought a number of different events related to coronavirus were to happen. We then statistically modelled this relationship to determine how responsive anxiety is to changes in the perceived likelihood of each event. 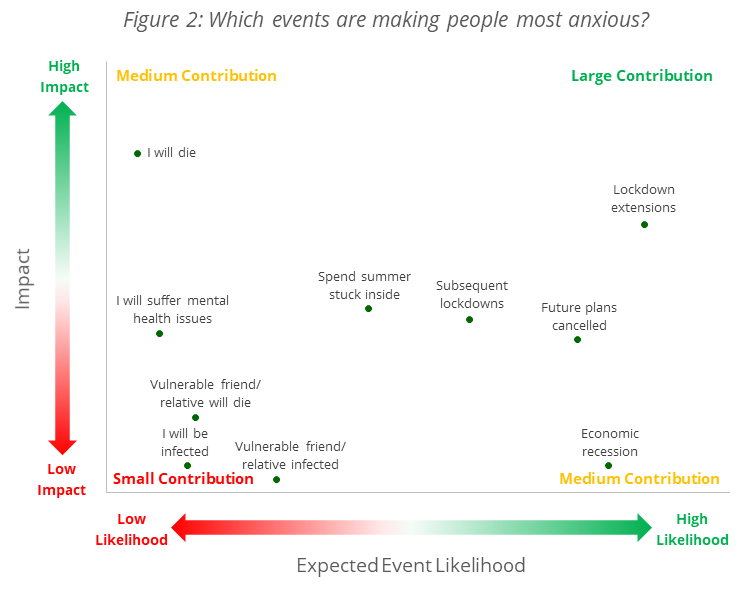 Consequences of the pandemic that have a direct impact on people’s personal lives cause most anxiety. Unsurprisingly, the prospect of dying from the virus has by far the greatest effect, but is considered very low likelihood lessening the overall impact. Less severe consequences, such as lockdown extensions, have the most significant influence over overall anxiety levels, largely driven by the high expected likelihood of occurrence.

In contrast, the prospect of a vulnerable friend or family member dying from the virus has little impact driving pandemic related fear, less so than the thought of spending the summer cooped up. But this isn’t because people are callous, rather that they perceive the chance of it happening to be so low. Similarly, less severe consequences have the greatest effect on anxiety because the impact of such events are far more tangible and likely to be triggered in daily interactions. More drastic consequences are harder to imagine.

We will be interested to see how fear levels amongst the British public changes over the coming months as the lockdown measures ease. We anticipate that while the viral risk might recede, the continuation of social distancing measures and the looming risk of recession will see public anxiety persevere.