The Anatomy of Climate Anxiety 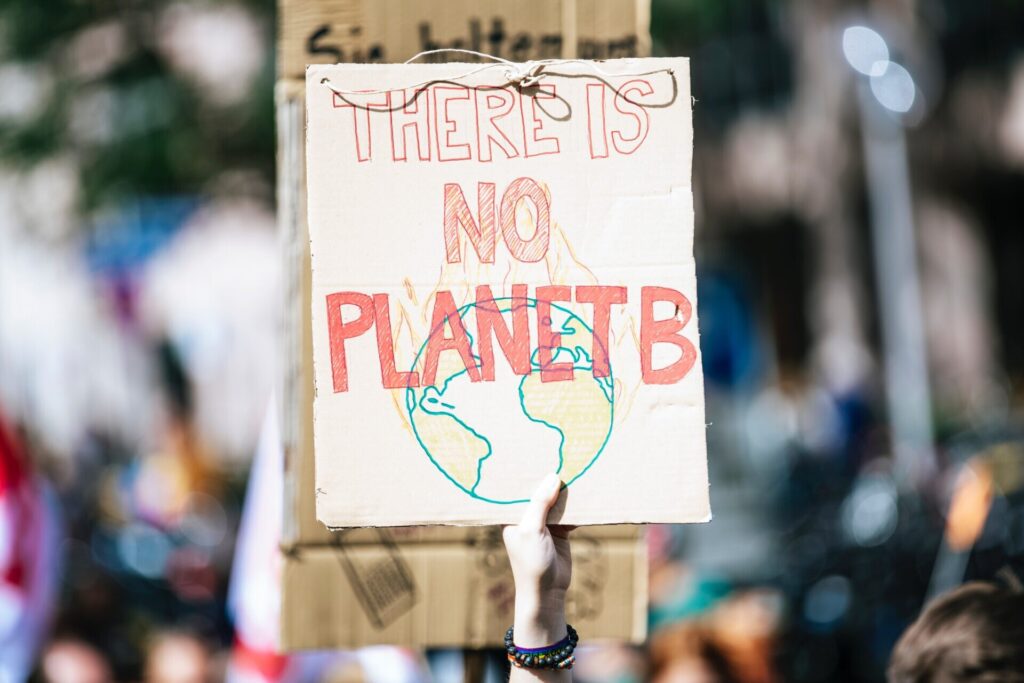 Save the Eukaryotes. Not exactly catchy, but COP26’s main goal is to unite the world in tackling Climate Change. Our research demonstrates that protecting the world’s biosphere is the most effective way to engage and motivate voters.

The 26th UN Climate Change Conference of the Parties (COP26) kicks off on 31st October in Glasgow. It’s overall objective, to tackle Climate Change, is divided into four goals – achieve net zero by 2050, prepare for Climate Change, mobilise the necessary financing and facilitate collaboration between governments, businesses, and citizens.

To do all this, particularly the fourth, COP26 needs to capture people’s attention and motivate them into action. But do people even care and, if so, what about? There’s a lot of potential Climate Change consequences. Which effects of Climate Change do people find the most distressing? What will have the biggest impact on their behaviours? 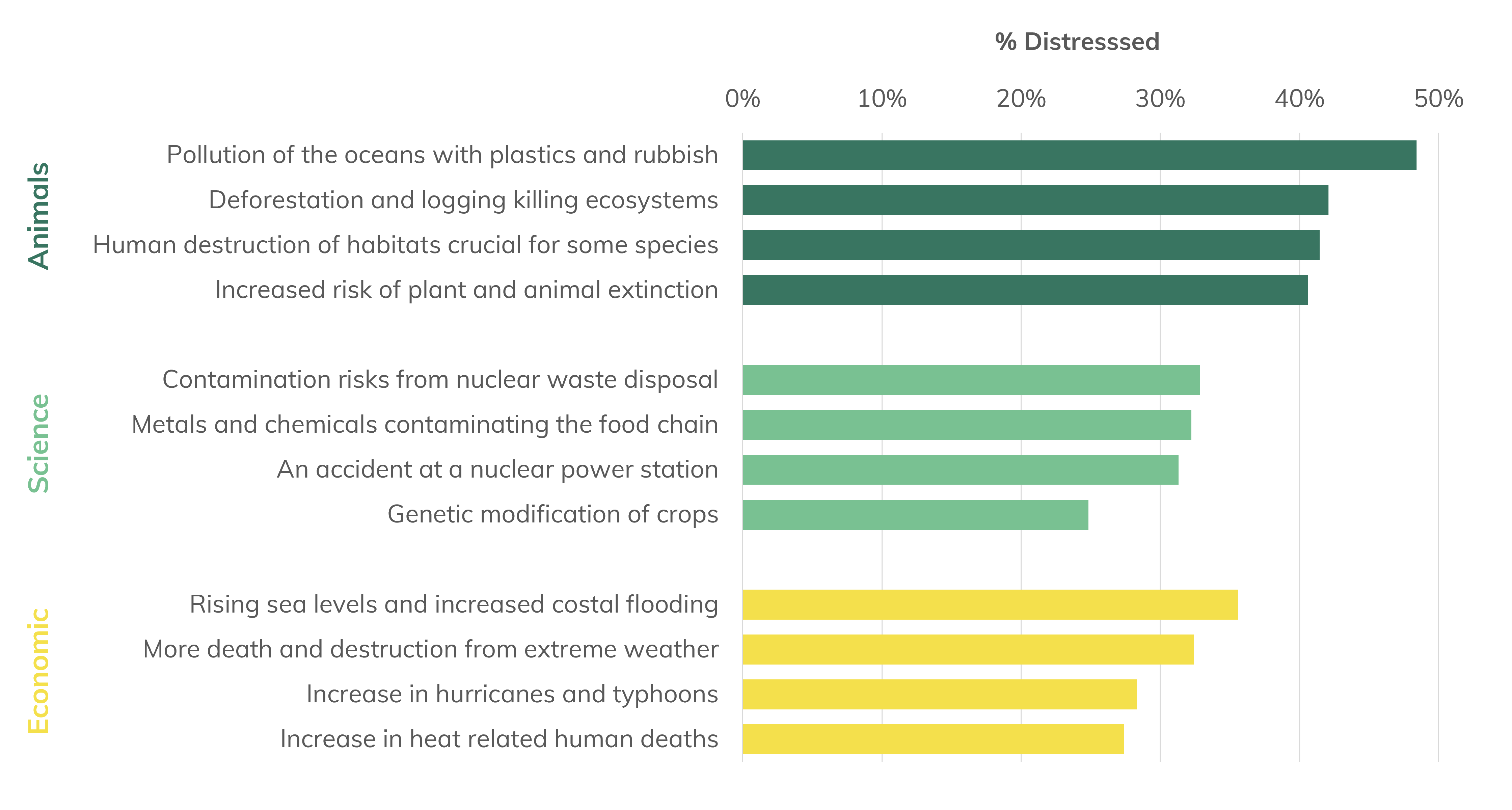 Source: Dectech Research (Sep 2021, N = 1,281). Statements categorised based on factor analysis loadings with promax rotation. Distressed defined as top two responses on a 7-point Likert scale from ‘Not that Worried’ to ‘Extremely Distressed’.

To answer these questions, we measured people’s distress across 25 negative effects of human activity. Figure 1 shows that people’s biggest worry, pollution of the oceans, distresses 48% of people. The average over all the effects is 36%. This compares to benchmark agreement rates for this type of question of 18%, a rate exceeded by even the lowest ranking concern, genetic modification of crops. People are certainly worried.

The typical person is distressed about nine effects, over a third of the list, and there are patterns to which nine they pick. The worries fall into three categories. The people upset about ocean pollution are also worried about deforestation, habitat destruction and biodiversity loss. Other people put more emphasis on the dangers of scientific progress or the human and economic costs of Climate Change.

Figure 2: Who is Anxious?

Source: Dectech Research (Sep 2021, N = 1,281). The table shows the difference from the average proportion distressed about each factor, where each factor represents the average distress across the top 4 loading statements. The demographic effects shown were picked because they were statistically significant in a multivariate regression.

Of these three, it’s mankind’s impact on nature that upsets people most. Callous as it seems, people are more worried about the acidification of seas or loss of polar ice caps than human fatalities from heatwaves or flooding. The message to COP26 is that people care most about protecting the biosphere. That’s the most powerful route to mobilising them. Extinction Rebellion have already understood this point.

Finally, the distress varies across people. Figure 2 shows that, perhaps unexpectedly, it’s older people that care more. Extinction Rebellion’s founders are in their 50s and those unpopular Insulate Britain protestors are similarly old. Likewise, Facebook users are more distressed (even after controlling for age). It’s said that Climate Change disinformation has spread rapidly via Facebook. If that’s the case, it doesn’t seem to be working.

People are increasingly alarmed by Climate Change. They witness unprecedented forest fires, catastrophic flooding and retreating glaciers. They read about dying coral reefs, dwindling polar bear populations and the loss of nesting habitats to rising sea levels. COP26 is an opportunity to harness these anxieties and deliver a solution. Protecting Earth’s precious biosphere is the best way to motivate people. Save the Eukaryotes.